Ward of the State 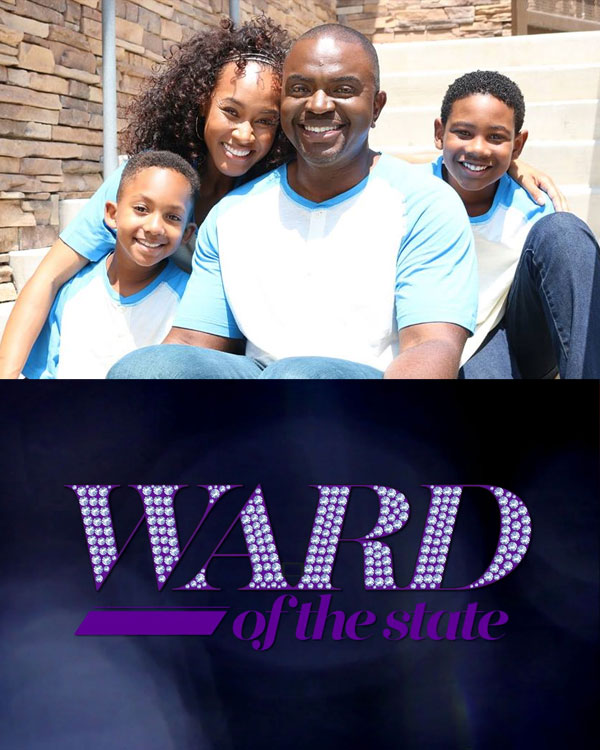 Ward of the State

WARD OF THE STATE - is a fun half-hour comedy series set in Pasadena, California. It takes a comedic look at the daily social issues of a professional African-American family including dating and marriage and important economic issues. Logline: Ward of the State is about a formerly-rich heiress who is forced to live with her daughter and son-in-law, after her husband dies suddenly, leaving her penniless after a bad business deal. Ward of the State is centered on the everyday life of a middle class family, and the amusing situations they get into.

Diana Ward’s extravagant and over-the-top communication style often frustrates her daughters, Mya State, Yvette Jackson and Lisa Jackson. Their relationship with their mother was rocky growing up as neither of the daughters are any match for Diana’s Machiavellian approach to motherhood. Set in a middle-class neighborhood in Pasadena, California, Mya, an eclectic café owner and burgeoning writer, displays a Type-A personality, but yet is ethereal about her feelings for those around her, especially when it comes to her mother, Diana. Mya feels her mother suffers from the Princess Syndrome where everything has to be centered on her. The prospect of Diana having to move in with her is chilling for Mya. She often has to endure her mother’s tales of past husbands and constant criticism of her decisions, especially Mya’s choice of Wayman as a husband, as his profession and income are too modest for the fabulous life she visualized for Mya.

Yvette Jackson, Mya’s sister and a successful attorney, is the State family’s “go to” person for anything regarding legal matters. Yvette is an over-achiever and self-proclaimed feminist and wants nothing more than to be far away from her mother’s daily antics. Though she loves her mother dearly, she loves her sanity much more. Wayman, Mya’s husband, is a witty, intellectual High School English teacher. His laid back and cerebral persona is a perfect balance to Mya’s quirky nature. Wayman’s desire to be a husband to Mya, a father to his two sons and a mentor to his students proves challenging.

Their sons are, Malik, a 11-year-old, fun, artsy and eclectic musician and Jefferson, a 8-year-old Honors Student who dreams of becoming a future President of the United States. The five of them create a family unit that is creative and original, while they balance their own chaotic lives and the whirlwind they call, Diana Ward. Through it all, they soon learn that love is the tie that binds them all together. Ward of the State is a snapshot of life in one American family. Though they are not a picture of perfection, ultimately, there is love.